The Allure of Nemi lake: a hidden gem outside Rome

Discover this amazing volcanic lake
While Rome might be one of the most popular tourist attractions in Italy, its still a fantastic idea to get out of the city and explore a little!

In fact, the area around Rome is the home of several volcanic lakes. One of the lakes, Lake Nemi, is located near our cozy BnB Olive Tree Hill and so we invite you to live this experience with us!

Lake Nemi – a small volcanic lake, 25 meters higher than Albano Lake, on the Albani Hills in the territory of the Roman Castles. *Source: Wikpedia.
The town of Nemi, perched on the lip of the volcanic crater, is extremely appealing. Whether you’re interested in mythology, history, food, or authentic Italian small-town life, Nemi will capture your attention.

Lake Nemi is nicknamed “Diana’s Mirror”. Diana is the Roman goddess of the moon (and also sometimes referred to as the goddess for hunting, the woods, animals, and fertility). A temple was constructed in her honor in a grove of oak trees on the north shore of Lake Nemi. Under a full moon, the temple would shimmer and shine, reflecting onto the water of the lake. The temple ruins are still visible today and can be visited. An annual festival during the August full moon called Nemoralia honors Diana. Participants take torches and candles to the shores of Lake Nemi at night.

Statue of Diana, Roman goddess of the moon
Notorious Roman emperor Caligula had ceremonial barges on Lake Nemi. The largest was 350 feet long and 60 feet wide (about the size of an American football field). The barge resembled a floating palace and housed a temple that honored the goddess Diana. The ships are considered to be engineering marvels, using some techniques considered revolutionary and advanced for the time.

Legends swirled about Caligula’s ships resting in Lake Nemi as far back as the Middle Ages. However, they remained a mystery until Mussolini ordered engineers to drain the lake in the late 1920s. As the lake level dropped, two ships emerged in 1931. A museum was quickly constructed to cover these ships and the associated artifacts, which had been underwater for almost 1900 years. A fire during WWII damaged the museum, but it was restored and reopened in 1953. The museum currently houses scale replicas of the ships.

The town of Nemi is best known for its wild strawberries, which are smaller and sweeter than the average strawberry. For the past 85 years, a strawberry festival is held during the first weekend of June. However, strawberries are available throughout the year, appearing in obvious places such as desserts and unexpected places like risottos and liqueurs.

Wild strawberries among other typical fruits.
During the tour, it is essential to stop at the ham shop that has the most varied types and flavors to get some samples, as well as in the liquor tent for a free tasting.

There’s nothing better than to finalize a tour rich in history and nature with a refreshing ice cream.

Regional ice cream with several flavors
Nemi is perfect for a wander; it offers gorgeous lake views, charming cafes, ornate churches and a 10th-century castle (Castello Ruspoli). And you’ll be experiencing all of it without other foreigners, as this village is still rather undiscovered despite its close proximity to Rome.

And so, you’ll also realize that it is a recommended tour for the whole family and for people who seek to be distracted in a calm and varied environment.

Let Olive Tree Hill introduce you to Nemi and other enchanting places in the area outside Rome. 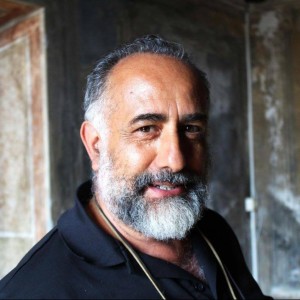